In the previous entry, I discussed an offer that'd been made to David, concerning a Christmas dinner at Manchester's place. After several weeks, he's finally made a decision. 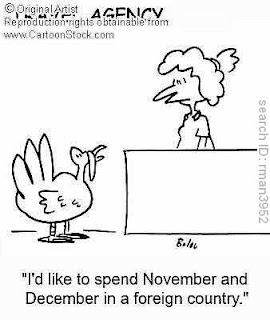 And it's an incredibly disappointing one: David's gonna be having Christmas dinner elsewhere. He announced his decision via his blog, yesterday:

Had quite a long call from Bev to confirm Kev and her got the new DVD this morning. She said they are going to watch it tonight. (Its 1hr 1hr. 10 mins. long).

Anyway she said she and Kev would be moving before Christmas and its not at all far from here. Kev was there but she said she wouldn’t put him on the phone because of his hearing problem.

Well. Then came the surprise. She said if I wasn’t doing anything, they’d be very happy for me to go for Christmas dinner. She said they were both ‘health nuts’ and it would be organic wine and food, and Kev had a load of past memories to share with me . . . photo’s, letters and emails going back some 35 years and all the emails were on a memory stick. (I wasn’t sure what a ‘memory stick’ was, but I didn’t like to ask as Kev told me before she was somewhat of an expert on a computer: oh all right then . . . I didn’t want to make myself look stupid!).

Kev said he had heaps to show me and thought that Xmas would be a good time. He said he would gladly come over and pick me up and run me back again.

Well, I was a bit embarrassed as I don’t know them that well, but I agreed to go over, especially when she said only her and Kev would be there. That really decided me as I might have otherwise have been embarrassed with people I didn’t know. So it seems that that’s my Christmas day taken care of. And at least it’s a genuine invitation, unlike that other one I had!

So, that's it then. Can't say I'm all that surprised. After all, some kind of civility between the two would be contrary to their attempts to mine an income from the Case through their feud. Can't have that now, can we!