In the previous instalment, I discussed the strange goings-on at Kirklees Hall Estate, surrounding the alleged burial place of Robin Hood. Now, we'll look at plans underway for another venture to the much-trespassed spot. 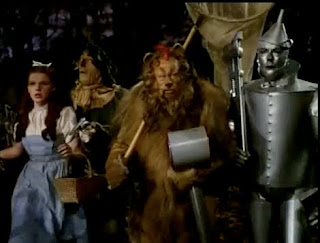 Recent postings on The Supernatural World forum have concerned the Kirklees "mystery". And not just talking about it, but a proposed second "visit". When Barbara (aka "greenorchid") asked David whether any "progress" had been made at the site, David replied:

I'm afraid the answer to that is that we can't really know, Barbara. At least, not without visiting the site again. Maybe next year Gareth and myself can visit you again, but this year is out for me as I have another book to get finished. Might even be able to pick up Black Orchid on the way - that's if she wants to go, of course. If she does, would you be able to put the 3 of us up for a couple of nights? Its too far for a day trip!

I am quite convinced that the fact Robin Hood's Grave is situated on a ley line (possibly at the intersection of two) has something to do with all the reports of 'resless phenomena'. But this would involve furthe inspection on site. I might well write to manager David Hepworth again and see if he could get permission to hold a nightly vigil there. Attitudes might have changed a little now with the demise of Lady A; well, I can all but try. But I'd obviously keep you up to date.

So, that's the answer really . . . it would mean going there again.

"Black Orchid" (actual name unknown) is a fellow forum member, who went under the "Clarmonde" moniker on the Arcadia forum. Oh, and "the demise of Lady A"? That'd be Lady Armytage who died in 2008. She opposed repeated requests by the YRHS to gain further access to the site, which was on her property. As we've established, the YRHS proceeded without her permission, anyway.

Blackorchid expressed immediate interest, prompting David to say "Well, that's settled then; providing Barbara agrees. I could aim to get it arranged for next May?" The May date will become significant soon enough. But here's what Barbara wrote back:

Hi David--that's a great idea, but doubt you will get permission! I dont even know if the boys, Hep and Holl, are still there--well if they are they are keeping very quiet--so is everybody else! In fact it is absolutely no different to when her ladyshop was around! And before anyone makes the sarky comment , my involvement would be purely along Church lines, with the palm crosses and holy water as I did before Gareths and your ceremony.

I have to be careful also if it came to wall-scaling---I have crumbling bones so dont want to fall, though when my dog pulled me over last year and I broke my wrists I healed up okay.

To which David replied:

Thanks Barbara. Then consider it arranged (well, subject to details etc).

When my next book is out this year, I will have far more time. I suggested May as you know my thoughts about the cold weather. I have re-found DH's address, but if not him, I will write or speak to somebody.

And next time, when I give you any money towars the food, I will make sure I hand it to you personally.
Okay, Robin Hood's Grave, here we come again!

The thread quickly devolved into the so-called conspiracy surrounding Red Monkey's post-production status of the documentary. Barbara seems oblivious to the audacity in criticising the film company for requesting permission from Lady Armytage to use the Kirklees footage. The same footage, mind you, that concerns YRHS members trespassing on her property and follows it up with more references to trespassing:

Against our verys trong advice, Andy went to Kirklees to ask for permission to release the film--and got a flea in his ear we presume, but the point was our ceremony was only about 10 minutes in a 90 minute film--something could have been doen if we could not release the real ceremony.

Whether David will get permission to revisit I dont know, and he cant climb over the wall cos of his dodgy foot and back--watch this space,

It's possible that Barbara isn't familiar with the concept of location permission. But considering the lengths she and her "merry men" have gone to show their so-called "respects" to the gravesite, it's also possible that she doesn't give a toss.

Later on, David discusses travel arrangements for the upcoming "investigation" even though he hasn't secured permission to visit the site. More audacity concerning the footage shortly follows thereafter:

And yes, I'll get the transportation arranged somehow. Well, we've already got out destination arranged (thamks Barbara) so we can just take it from there. Try and get permission for an official visit to Robin Hood's Grave to be arranged. It has been done before, so there shouldn't be to much problem (well, hopefully!). Will let you know once I hear.

The coptright issue is not so simple. The copyright of any film remains in the hands of the people who filmed it - not in the hands of people who may have participated in any filming. But having said that, I do feel that Red Monkey Films remain inder some moral obligation to give us a copy of the film we all helped them with. Just have to see how they respond.

Yes, that's right: "moral obligation". The guy who trespassed on private property and participated in an unsanctioned ritual on a tomb, expects Red Monkey to live up to a "moral obligation". Further on, in the midst of discussing attempts at arranging permission, he goes ahead and confirms the date for the "visit", anyway. However, his tone is obviously more reserved as I raised just how dodgy their actions are during the course of the thread:

On the other matter of the Robin Hood investigation, as I told you last night, I shall be phoning the manager of the Kirklees Estate to get permission organised. In fact I tried earlier but no reply, so I will try again this evening. I will obviously let you, Barbara and Gareth know in private what he says and the way arrangements are progressing, but there's still plenty of time left yet. I will not be posting up the progress of these arrangements here for the simple reason that 1) I think most people would find this a little boring and 2) I am not obligated to discuss the private content of arrangements being made of any Society investigations. In fact, I am not evn obligated to discuss the results of any such investigations unless I choose to do so, but the latter remains a matter at my discretation. I have simply said that the Robin Hood investigation remains incomplete and (answering a question from Barbara on ley lines, I believe) said that nothing further could be done until another on-site visit was arranged. That is still how the matter stands, and I can confirm another visit will be made to Kirklees next May. I can tell you however, that I have since spoken to Gareth, and he is all for the idea of another visit.

The sad thing is, there are legitimate means by which they could visit the site. The Kirklees Council has a page for people wanting to visit to Robin Hood's Grave:

The site is on privately-owned land at Kirklees Hall and occasional visits are arranged through the walks programme of Calderdale Heritage Walks. Booking via the visitor centre is essential.

In fact, Barbara's YRHS listing on the Council's website (ironically) advises: "(For advice regarding access to Robin Hood's Grave please ring Hebden Bridge Tourist Office on 01422 843831.)". Clearly, she should take her own advice.
Posted by Anthony Hogg at 5:49 AM