David responded to the claims of hoaxing addressed in the previous entry. Unfortunately, he compounded his response with snide attacks against me and customary errors. 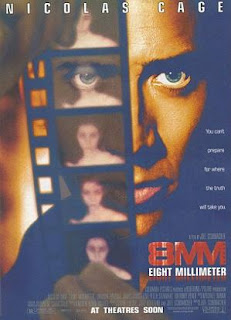 He began his post by making "it quite plain, as I have done in the past, that I do will not respond to malicious propaganda issued on the behalf of the 'Friends of 'Bishop' Manchester', alternatively known as the 'Vampire Research Society'." He then responded to it.

True, there's little difference between the two groups, but technically-speaking, they're separate entities. As to that "on the behalf" bit, I didn't post it on the forum at their request. I did it of my own accord. Like I said, I happened to come across the blog, which also targets me. Thus, why would I post things on their behalf? Indeed, I wasn't saying their blog entry was accurate, I just wanted David's official response to it, especially as David never denied knowing Tony Hill. So, we've got another one of those rare cases in which a "witness" has been on both sides of the Manchester-Farrant "feud".

The content of this document is untrue, and apparently concocted because of a disclosure I made on an American Radio broadcast recently to the effect that the above named ‘Tony Hill’ together with his ‘side-kick’ and close friend one Mr. Sean Manchester, had hoaxed their version of the infamous Highgate Vampire in the year of 1969 by making a home-made 8mm cine film (this film was in colour but had no sound) about its (The Highgate ‘Vampire) alleged activities. This film showed Mr. Manchester himself disguised as a ‘vampire’ and Mr. Tony Hill assisted in its original production.

He's given us two "leads" here. Firstly, there's the broadcast. If it was indeed intended as "payback", then it'd have to pre-date the Tony Hill article. Second, we have a film seemingly confirming Manchester and Hill's role in a hoax. Great! Not only that, but a third lead follows shortly thereafter:

It is perhaps little wonder why I do not take this issued propaganda by the ‘Vampire Research Society’ in the least bit seriously. Suffice to say, that the contents of the VRS post are totally untrue and that the ghost seen in and around Highgate Cemetery could be traced back to Victorian times, and it is, of course, not possible to hoax a ghost that had already been witnessed by so many people.

So now our "vampire" has a lineage: Victorian era London. We've also got circumstantial evidence heaped on, namely, so many people saw it that it couldn't be fake. There's only two problems with this reasoning. Firstly, the phenomena reported at Highgate was much more varied than David implies. We're not talking about one "ghost" here, but many. As Wikipedia notes, "Hardly two correspondents gave the same story."

Second, Tony Hill's account reveals exactly how such sightings could be faked. The majority of sightings were derived from newspaper correspondence. Hill indicates that he and Farrant used multiple addresses and names to send off fake accounts to the local paper. Many other witnesses were anonymous. The paper's editor saw the whole case as a bit of a laugh.

Oh, and wanna know how it's possible for a ghost story to be faked, despite a glut of witnesses? Ever heard of mass hysteria?

After railing against Manchester for the better part of the post, David took aim at my journalistic credibility because I asked him about an account of his involvement in an alleged hoax:

The main motivation for the 'VRS's' current allegation, is because I described in detail how the Highgate Vampire hoax had really been perpetrated in 1970. Mr. Hogg’s motivation for repeating this untrue allegation against myself here seems to be borne solely out of spite, and a lack of insight into any kind of serious research or journalism.

Due to his low level comprehension and quickness to "deal with" critics like myself, I had to point out a few of his, let's be diplomatic and call them errors. I also took the opportunity to ask him for evidence on his claims. Namely, did he have a copy of the mysterious 8mm film? Could he reference any Victorian era sightings that confirm his "ghost" theory? I also illustrated the ludicrousness of his attack against my leet journalistic skillz:

You'll recall I prefigured the quote with: "What do you have to say to Tony Hill's claims about your involvement in the Case?" I was not printing Hill's account as accurate. I was asking what you had to say about it. You know, to go on "record" if you will.

Asking for a response to such charges is not "a lack of insight". Jumping to conclusions, however...different story.

Beforehand, one of the forum's moderators, "Phenomenon", said that Hill seemed "far from impartial". I had to point out that David was far from partial, himself.

So, did David respond to my basic requests for evidence of his claims? Did he acknowledge having a copy of the 8mm film? Did he cite any Victorian era sightings? Did he mention which broadcast had been retaliated against? Did he provide anything substantial to validate his own claims? Of course not.

Instead, he deployed a passive-aggressive tactic he frequently uses on the forum. What's the recipe? Vaguely address what I say, avoid addressing me directly, stir in some rhetoric and compound it with an ad hominem attack and voila! You get garbage like this:

I'd better not go to far here Phen, but there is definitely a reason. This reason is unknown to Mr. Hogg, who I think would otherwise feel quite foolish for posting links to a 'hate site'dedicated solely to attacking myself and others members of the BPOS. As I stated in my post, this only indicates a total lack of any serious research on his part. I do not blame him for not knowing what this reason is (he couldn't in any event), but this could surely not excuse him for blindly repeating frivilous allegations made by others without first being aware of the true facts.

The problem is, David perpetuates the idea (as does Manchester) of "exclusive domain" of the Case. There's no doubt either of them played a central role, but it's a shame he has trouble upholding the ethos of his own Highgate Vampire Society:

After all, the case of the so-called Highgate phenomenon is not really a private issue or one that can be affected by personal views or interpretations. It is a matter of public record and should thus be open to continued input and debate, and not one that should not be allowed to become clouded or influenced by any who have no knowledge of events (which they certainly do not ‘own’) as these actually occurred or happened. There are many such persons around (including sensationalistic authors and members of the Press) but their stories should really be shared in total, and not be allowed to become ‘dictorial’ in the sense that these necessarily represent the public view of things.

David seems oblivious to his own "dictorial" nature. His concept of having the "true facts" involves repeatedly saying he has the "true facts". It's a cult-like mantra. It might fool some, but not me.

When dealing with a Case like this, we must verify as many of the claims and counter-claims as possible. This helps eliminate much of the feud overlay and gets to the truth. What really happened?

There's a reason a fact "can refer to verified information about past or present circumstances or events which are presented as objective reality. In science, it means a provable concept." This case demands that approach.
Posted by Anthony Hogg at 3:44 AM