David Attributes His Lack of "Knowledge" to Me

As mentioned in the previous entry, press coverage of the supernatural hijinks at Highgate began with a letter David wrote to the Hampstead & Highgate Express. Recently, David claims a certain line is his letter was taken out of context. "Nonsense!" says I. I'll show you why. 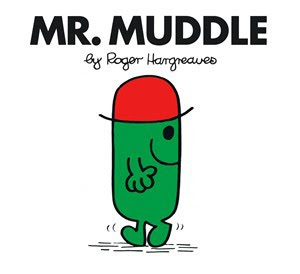 The Highgate Vampire's "existence" was established by two people: Sean Manchester and David Farrant. Previous sightings (including David's) indicated spectral activity, which was later revised to a vampiric presence. Because of them, we refer to the Highgate Vampire, rather than the Highgate Ghost(s).¹

David has tried to whitewash his part in establishing vampire theory in popular consciousness, by his constant references to not believing in bloodsucking vampires, but contemporary press coverage reveals his true involvement in propagating the theory. Being that duplicitous doesn't come without a price, however. You see, it's caused him to start losing track of his own "story".

David's letter to the Ham & High, "Ghostly Walks in Highgate" (6 February 1970), apparently concluded with the following line: "I have no knowledge in this field and I would be interested to hear if any other readers have seen anything of this nature."² What's its context? Here's the rest of the letter:

Some nights I walk home past the gates of Highgate Cemetery.

On three occasions I have seen what appeared to be a ghost-like figure inside the gates at the top of Swains Lane. The first occasion was on Christmas Eve. I saw a grey figure for a few seconds before it disappeared into the darkness. The second sighting, a week later, was also brief.

Last week the figure appeared, only a few yards inside the gates. This time it was there long enough for me to see it much more clearly, and now I can think of no other explanation than this apparition being supernatural.³

This won't seem important, at first, but note there's no use of the word "vampire". Nothing remotely vampiric is implied in the letter. Yet, apparently, I've taken his "no knowledge in this field" line out of context!

After fellow Supernatural World forum member, Cú Chulainn, pointed out the line's omission from the revised edition of Sean Manchester's The Highgate Vampire (1991), David had this to say:

Regarding the 'missing line' accusing my self of saying . . . "I have noknowledge in this field", this has been taken deliberately out of context and just repeated in ignorance by your correspondent Anthony. I spoke to many reporters around this time and I may well have said (in fact, I am sure I did) that I "Have no knowledge in the field of 'blood-sucking vampires'" which some reporters had been led to believe that it was. And I do not. How can you possibly have knowledge in something you don't even believe exists!?

I'll prefigure my response by saying I haven't read the original letter. I've had to rely on Ellis (1993) for that line. I'll even disclose that the Vice President of the British Psychic and Occult Society, Gareth J. Medway, believes the line doesn't exist and attributes David's acknowledgement of it to False Memory Syndrome.

That said, David's gone and acknowledged its existence again, but added a bizarre twist: apparently he was talking about "no knowledge in the field of 'blood-sucking vampires'". Really? There's one major problem with David's rebuttal: the vampire theory was publicised 21 days after David's letter. Indeed, when the theory was first broadcast (by Sean Manchester), it got front page treatment in the Ham & High: "Does a Wampyr Walk in Highgate?" (27 February 1970).

Prior to that article's publication, there was no mention of the paranormal activity at the Cemetery being vampiric. David's own letter uses the following terms to describe his vision: "a ghost-like figure", "a grey figure", "apparition" and "supernatural". So why on earth would David attribute his "no knowledge in this field" comment to vampires, when no one was asking him about it, least of all himself? The actual implication of his lack of knowledge concerns ghosts (or, one could argue, the supernatural itself). That's blindingly obvious to anyone who's read the letter.

This, in itself, is rather odd considering his latter-day claims about the British Psychic and Occult Society's founding. You really gotta start wondering whether Tony Hill was onto something.

So, what about these reporters banging down David's door asking him about vampires? Funny you should ask! Firstly, the earliest press coverage given to David's vampire views would have to wait 'til March 6, 1970: a month after David's letter. The Ham & High published a front page story called "Why Do the Foxes Die?", in which David posited a supernatural theory for the death of foxes in the Cemetery:

THE mysterious death of foxes in Highgate Cemetery was this week linked with the theory that a ghost seen in the area might be . . . a vampire.

“Several other foxes have also been found dead in the cemetery.” he said at his home in Priestwood Mansions, Archway Road, Highgate. “The odd thing is there was no outward sign of how they died.

“Much remains unexplained, but what I have recently learnt all points to the vampire theory being the most likely answer.

“Should this be so, I for one am prepared to pursue it, taking whatever means might be necessary so that we can all rest.”

The vampire theory was suggested last week by Mr. Sean Manchester, 25-year-old president of the British Occult Society, who believes that “the King Vampire of the Undead walks again.”

So much for taking his lack of knowledge in the field "deliberately out of context" and "repeat[ing] [it] in ignorance". As I've clearly demonstrated, it wasn't me or his imaginary reporters who took him out of context. The only person who did that was, well, him! Not often someone takes themselves out of context. Clearly, the poor guy's got vampires on the brain.

¹ As the Wikipedia's "Highgate Vampire" entry notes: "These ghosts were described as a tall man in a hat, a spectral cyclist, a woman in white, a face glaring through the bars of a gate, a figure wading into a pond, a pale gliding form, bells ringing, and voices calling. Hardly two correspondents gave the same story."