Notes to notes on a hatchet job

After writing my previous entry and exposing a malicious practice engaged by the FoBSM, I've noticed a slight - but significant - change one of their blog entries has undertaken. 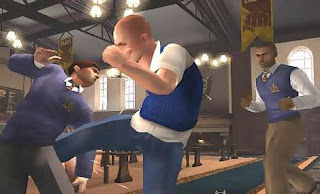 The FoBSM essentially exists to 'payback' Bishop Manchester's critics, i.e. 'enemies'. Feel free to read through their blog if you don't believe me. A group that malicious and cowardly (the blog's author and/or authors remain anonymous when committing their 'attacks') isn't above engaging in decidedly warped and twisted practices, like intimidation and misrepresentation. The last factor, at least, also applies to the guy they effectively represent.

The knives came out when Manchester's former friends, Kev and Beverly, sent a package to Farrant who, in turn, gleefully mentioned its contents on 15 July:

Well, today is not my birthday but I certainly enjoyed opening Kev’s present! The package contained essential research material dating back many years, including b/w and colour photographs, written correspondence and a selection of personal emails which had been copied onto disc for me. There was also a typed summary of some fairly recent ‘birthday speeches’, or more precisely, suggestions from the host on what should be ‘done about David Farrant’. He (the party host) hadn’t liked my disclosures about fake religious groups and other written material in my published books that debunked a serious belief in vampirism.

The timing of Farrant's blog entry wasn't coincidental. Nor was the mention of birthdays: Manchester was born on 15 July 1944.

Rather than shrug off Farrant's pathetic innuendo, the FoBSM decided to up the ante with a post about Kev and Bev. As I mentioned in the previous post, the entry was threaded with links to their home address. Their blog entry gives no explanation for why their home address was repeatedly linked, nor how it was in anyway relevant to their criticism. I believe this to be an act of cyber-bullying, in which 'passwords, photographs, a home address or a private phone number can become a weapon of intimidation.' See here and here for examples.

Indeed, the FoBSM site is filled with photographs (and mentions of residence) of their 'enemies'. They once even tried blackmailing me by posting my home address (at least, what they thought was my home address) on their blog, as well as an 'unmasked' picture of 'me'. The picture wasn't mine, but that of an innocent caught in the crossfire.

Keeping in tune with their misrepresentation, they also failed to mention that the same picture and address had already been in circulation via their 'confidantes' long before my publishing of a 'UK address' (i.e. Gothic Press's business address, as found in their eBay listings). To compound this hypocrisy, they previously had no qualms with disseminating someone else's business address: Don Peek's. That is, Don Ecker's Internet service provider.

Fortunately, since I exposed their malicious tactic against Bev and Kev, they've altered the links repeatedly appearing under his name to another one of their blog entries discussing the couple (without the same kind of disclosure of personal info). I like to think that in some small way, exposing their disgraceful practices prevents them from 'harming' others.

I have no problem with the practise of criticising the critics, but there's a tactful and respectful manner in which to do that. Perhaps the FoBSM could be taken seriously if they turned down their 'hysterical' tone and learned to engage Manchester's detractors in reasoned discussion, rather than resort to cyber-bullying. The same, of course, applies to the 'opposing' side.

Check out Robert S. Lancaster's Stop Sylvia Browne as an example of reasoned discussion and criticism 'done right'. Funnily enough, I can see clear parallels in the way his subjects have tried to 'silence' him to the kinda stuff I've had hurled my way during my delvings into this case.
Posted by Anthony Hogg at 12:47 AM