I looked into the impartiality of so-called "vampirological testimony" courted by Seán Manchester and the Vampire Research Society (VRS). Now we further examine the "testimony" of non-affiliated sources. 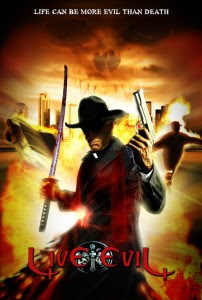 The remaining eight of the thirteen sources used within the VRS's "Vampirological Testimony" page are thankfully devoid of association to the organisation. In fact, they're commonly cited in works concerning vampires. Let's begin with the "testimony" of Leo Allaci aka Leo Allatius (c. 1586-1669).

A noted Catholic scholar, he's best known in vampire circles for his 1645 work, De Graecorum hodie quorundam opinationibus, which discussed Greek belief in a type of revenant called the bulcolaca. You might know it better as the vrykolakas. However, I should also point out that this subject only takes up a certain section of the book, namely, chapters 12-17.

Funny thing is, Allatius wasn't actually writing about vampires. At least, not the concept of them propagated by the VRS. After all, the vampire of folklore was a Slavic revenant-type unknown to Greeks of the time. This is notable by the fact that Allatius' account does not mention the bulcolaca, or its variants, drinking blood. Nor are common tropes, like warding them off with garlic, staking the corpse, etc., present. Instead, it's described as a "dead body, possessed by the devil, which rises black and swollen from the dead and roams the streets bringing disease and death." They were destroyed through cremation.

Allatius describes another similar revenant, the tympaniaios, which is a "body prevented from decaying by an excommunication from the church." They were "cured" by a priest absolving them, not staking them through the heart. It's this type of revenant that Allatius professed belief in. Not vampires. Hats off to Karen Hartnup's 'On the Beliefs of the Greeks': Leo Allatios and Popular Orthodoxy (Leiden: Brill Academic, 2004), p. 30 for the info. Oh, and I should also mention that the concept of the excommunicated, undecayed dead is primarily an Orthodox Church doctrine, not something the Catholic Church generally advocates.

It should be noted, however, that in spite of Manchester's claim that the Catholic Church accepted widespread vampire belief amongst its clergy, Zopf was actually an Evangelical Lutheran. Yep, a Protestant.

Now, back to Catholics. In this case, Joseph Pitton de Tournefort (1656-1708), who studied at a Jesuit convent, but became a botanist after his father's death. The VRS page draws upon an 1741 edition of his work, Relations d’un Voyage du Levant. The work was first published, posthumously, in 1717, and translated into English the following year.

It's best-known for the author's account of the spectacle surrounding a supposedly restless corpse on the Greek island of Mykonos. Once again, we're dealing with a vrykolakas. The inclusion of de Tournefort's account in the VRS's "vampirological testimony" was a hell of a gamble. It'd only make sense if they were banking on readers not being unfamiliar with the rest of what de Tournefort wrote on the subject.

Time and time again, he refutes the villager's claims of witnessing extraordinary phenomena around the exhumed body. It's hard to get more demonstrative of de Tournefort's dim view than this passage, as quoted in Paul Barber's Vampires, Burial, and Death: Folklore and Reality (New Haven: Yale University Press, 1988):

In so general a prepossession, we chose not to say anything. They would have treated us not just as fools but as infidels. How is one to bring an entire population back to its senses? Those who believed in their soul that we doubted the truth of the matter, came to us to reproach us for our incredulity and claimed to prove–by authoritative passages taken from the Shield of Faith of Père Richard, a Jesuit missionary–that there was such a thing as a vrykolakas. He was a Latin [Catholic -ed.], they said, and therefore you should believe him. Nor should we have got anywhere by denying the conclusion (23).

As for the Turks [Greece was under Ottoman rule at the time -ed.], it is certain that, at their first visit, they did not fail to make the community of Mykonos pay for the blood of this poor devil [the alleged vrykolakas -ed.], who became in every way an abomination and horror to his country. And after that, is it not necessary to point out that the Greeks of today are not the great Greeks, and that there is among them only ignorance and superstition! (24)

Hardly a glowing endorsement for the existence of vampires, is it?

And speaking of superstition, that's the same term Emily Gerard (1849-1905) used to describe Romanian belief in the undead. In fact, it was incorporated into the title of a July 1885 article she wrote for The Nineteenth Century. Was was it called? You guessed it: "Transylvanian Superstitions." It was later incorporated into her book, The Land Beyond the Forest (1888). No wonder the VRS chose to cite this relatively innocuous title, instead.

It also makes you wonder why they chose to cite James Frazer (1854-1941). His 1934 book, The Fear of the Dead in Primitive Religions isn't written as a validation of "primitive" beliefs, but, rather, examines them from an anthropological and mythological viewpoint. He even personally believed that "human belief progressed through three stages: primitive magic, replaced by religion, in turn replaced by science." A strange choice of source, indeed, for an organisation presided over by a Bishop.

I admit that I haven't read Jean Marigny's (b. 1939) La Tradition Legendaire du Vampire en Europe (1987), another VRS source. I can't even speak or write in French. Ah well. Fortunately, I have a copy of one of his English-translated works! So, going by the contents of Vampires: The World of the Undead (London: Thames and Hudson, 1994), I think it's a pretty safe bet that Marigny doesn't believe in vampires, either:

The specific attribute of the vampire that sets it apart from other supernatural creatures of the night is that, to exist, it must drink the blood of living beings. The vampire myth was unquestioningly born of fantasies linked to blood, that precious life force whose loss could lead to death. The origins of these fantasies can be found in the most ancient reaches of human history (14).

Now we're down to two more sources on the VRS's "Vampirological Testimony" page: eighteenth century vampire authority, Augustin Calmet (1672-1757) and twentieth century occultist aficionado, Montague Summers (1880-1948). Both of 'em, Catholics. Will they attest to Manchester's claim that vampires are incorporated into Catholic doctrine? Wait and see!
Posted by Anthony Hogg at 2:22 PM