Just to show that "The Great Reveal" post was no mere hit-and-run affair, I've also posted it on David's blog. I've also followed it up with a query regarding the source of his stalker info. 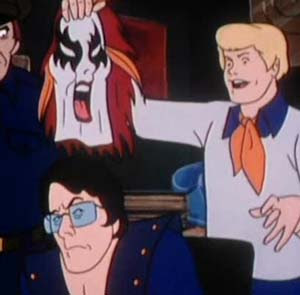 It would've taken up too much space to reply to David's comment on his blog, so I took a shortcut approach. Here's what I wrote back:

Here’s my response to your dodgy reply.

By the way, could you forward the e-mail in which George revealed “my” address to you? Just want to establish the truth of your allegation.

Is it enough to just accept David's word on the matter? After all, the claim's on his head. Still, it'd be nice to get actual proof of his claim. The ball's in David's court, now. Let's see if he can back up what he said.