There's No Cult of Dave

In the previous post, I noted some amusing parallels between David, his "fanbase" and cults. Just to set the record straight, no, I don't think Dave's a cult leader. The very idea's just plain preposterous. 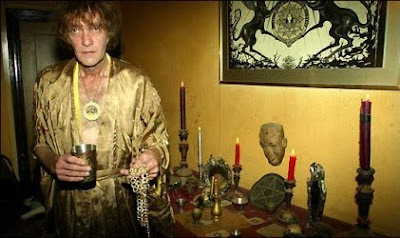 David Farrant: Clearly not a cult leader.
I mean, honestly, who'd think that? He's got over forty years experience in the realm of psychic investigation, which he conducts with the utmost scientific rigor. He's legit. Sure, some people enter the field to make a quid or two, but Dave's totally above that kinda stuff.

Anyway, point is, he's most definitely not a cult leader. Let's just get that clear. After all, they're meant to be charismatic and engaging.
Posted by Anthony Hogg at 10:51 AM