The Long and Winding Road

Dave's latest response on the stalker saga invokes vampires, Manchester and censorious activity, despite previous claims that he encourages free speech. Despite this potpourri, he still manages to sidestep the major issues at hand. 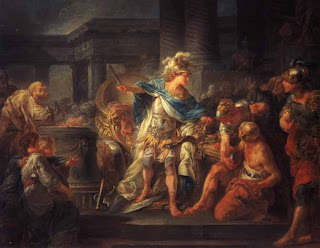 Sometimes, discussing things with David is like walking down a long and winding road that inevitably leads back to the place. This time, it began with me trying to get some very basic information on his latest book. It's lead to one of his "sympathisers" stalking me, handing over my personal details to him. He's also started deploying his usual vampire rhetoric and digs at his nemesis, Sean Manchester. What makes this instance particularly bizarre, is that I hadn't even been discussing them in the thread. Anyway, here's his response:

I have not allowed your post, Anthony, simply because it is merely a duplicate one of what you have posted on your Blog. I do not want your silly arguments about the Highgate ‘vampire’ case to be carried on here. Stay on your own Blog and do it, if you really feel the obsessive need. I would remind you that this is precisely why you gat a life ban from Arcadia recently i.e. posting up Private Messages from their Board without permission to do so.
All this stuff about people ‘stalking’ you just because someone told me your private address, is just childish and proves, if anything, you are just paranoid. I do not know if anybody has ‘stalked you’ in the past. But I can tell you that I certainly haven’t (as can be evidenced by the fact I always signing my own name when having to answer your childish allegations), and the person who gave me your address certainly has not.

If you attack persistently attack public figures, Anthony, with your distorted notions about ‘ghosts’ and ‘vampires’, it is inevitable that you are putting yourself in the public arena with such allegations, so you should hardly be surprised at that!

In any event, I am not going to allow you to pursue your nonsense on here. I have told you time and time again that I simply do not accept the existence of ‘blood-sucking vampires’. You cannot seem to accept this, and keep trying to persuade people that I do. There is another person who admits publicly, that he does believe in vampires and ‘giant vampire spiders’. It must be noticeable to people, that you always choose to remain deadly silent (excuse the pun!) about this issue.
When I asked you on Arcadia for your definition of ‘ghosts’ and ‘vampires’, your reply was that you believed ‘ghosts’ were really the manifestation of demons sent by the devil to fool the people into believing they were really the spirits of departed loved ones that were trying to deceive the living!

Well, everybody to their own beliefs, Anthony! But that does not change the fact that I do not believe in literal ‘vampires’, and never will!

You can believe what you want about myself, Anthony, and I really don’t care. But please don’t expect me to allow you to discuss all this nonsense here.

Have a G’day sport!

The thing that concerns me most about his reply, apart from the glaring contradictions, distortions and fabrications, is his refusal to condemn the actions of his stalker pal. In not doing so, he's essentially justified stalking as a perfectly reasonable action in public discussions on the Highgate Vampire Case. Even by people who don't openly engage in discussions on it in the first place. Here's what I wrote back:

Thanks for firstly admitting that 1) you read my blog and 2) proving my point about your mis-representative ways. It’s fortunate that I posted my actual response on my blog, so people could see what you’re trying to cover up.

I was banned from Arcadia because I published the correspondence of the forum’s owner on my blog. The initial ruling was a 6 week suspension if I took the correspondence down. I refused to do so, as I felt the public needed to know about the double standards taking place over there. Clarmonde has also noticed their censorious nature and has complained about it, here on your blog.

I don’t think it’s childish to discuss stalking in collusion with you having my home address. You chose to mention that you had it. Publicly. But I never gave it to you. Nor have I given it to anyone you know and I certainly haven’t posted it online. I’m not sure what kind of alternative universe you live in, but that, my friend, constitutes as stalking.

But it’s ok in that regard, Dave. Cos I now have your address. Rest assured, I’ll keep it quiet as a gesture of good faith. So, if my address gets distributed/misused by you or your anonymous crony, then I’ll know the source and will duly notify the relevant authorities.

As to attacking “public figures” with “distorted notions about ‘ghosts’ and ‘vampires’”, that’s quite frankly ludicrous. Anyone can see that my so-called “distortions” are straight from the horse’s mouth, thanks to the linking and citing I do on my blog. Try not to rely on scattershot criticisms like that, especially when people can read your own stuff online for themselves.

I haven’t mentioned vampires on this thread. So, trying to trick people into thinking that I’m accusing you of believing in them is quite ludicrous. All they have to do is scroll through this thread and see for themselves.

The “other person” you’re referring to is Sean Manchester, who openly believes in vampires (or, at least, perpetuates the idea that he does). Obviously, you’re trying to lump my writings in with your vendetta against him. Again, such jingoism won’t work when they can simply read the rest of the thread here and see that it’s you bringing up vampires and Manchester. Not me.

Yes, you asked for my definition of ghosts and whether or not I believed in vampires. Regarding ghosts, I answered from a primarily Protestant/Scriptural viewpoint. As to vampires, I said I didn’t believe in them. So what’s your point? Are you saying your Wiccan view of spirits is more authoritative that my Protestant one?

Anyway, I know the semantics you use. That’s why you keep emphasising “literal” or “bloodsucking” vampires. That is, ones derived from folklore, literature and movies. It’s to mask the fact that you believe in “vampire-like” (yes, you’ve used that term) psychic entities that suck out people’s psychic energy. You should tell more people about that angle instead of continuously attacking Manchester’s vampire beliefs.

Lastly, suppressing my comments on here (and wildly distorting what I have said) proves you aren’t the man of “free speech” you pretend to be.

Here's some CliffsNotes for certain things mentioned in my reply. Firstly, you can read about my Arcadia ban is covered here. Clarmonde is a member of that forum, who also switched me onto another one.

And yes, I now have David's address. Did a little digging for it while this stalker saga's been taking place. Let's call it "insurance". I even know that it's a 5 minute drive, or a 27 minute walk, from his place to his cash cow, Highgate Cemetery. Didn't realise he lives that close to it. Quite convenient.

The other "person" he mentions who believes in vampires and that "giant spider" thing? As I said, a clear dig at his mortal enemy, Sean Manchester. I've even read about the giant spider's possible source.

How about his sly dig at my personal, religious views on ghosts? That has its origins in a discussion on Arcadia. Funny thing is, his vampire rhetoric made appearances there, too, as well as his wild distortions/interpretations of what I write, byway of response.

Lastly, I touched on the semantics David uses when discussing vampires. Or, specifically, the bloodsucking kind. He does so for three main reasons: 1) to represent himself as more "rational" than his opponent, 2) to continue making digs at his opponent, hence the conjunctive references to "giant spiders" and 3) to take focus off the fact that he, too, believes in vampires. Just not in the same kind Manchester does.

See, despite the common bloodsucking corpse interpretation of the term, it can actually be applied to different vampire "types". That's why I had to be extra careful in the wording of possible responses to a poll I recently initiated. It's also why David tends to be specific in dismissing the traditional bloodsucking variety. Don't believe me? Here's a snippet from an interview he conducted with Bite Me magazine:

... it is true that I do not believe in vampires in their commercialised sense i.e. the sort of vampire that has stepped straight out of a Hammer film, sleeps in its coffin by day and goes around sucking people's blood by night and which can only be destroyed by being 'staked through the heart'. I have frequently said in the past that this sort of vampire is pure fiction. But this does not mean, however, there there do not exist psychic entities that take on vampire-like characteristics in that they remain 'earthbound' and posses the capability to attack unsuspecting victims, psychically leading some people to believe they have become 'possessed'.

In case there's any possible further doubt that I'm taking him out of context, you'll notice that the interview's hosted on his own website.
Posted by Anthony Hogg at 7:57 PM