I've just had to deal with some stalky business, but it's time to knuckle down and get on with the show. The quest for info on Dave's new book, continues. 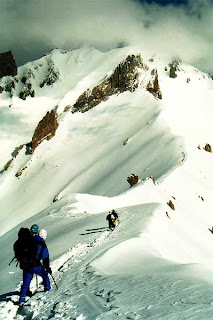 In response to the vague threat promulgated in his blog entry, "Just Try and Behave Yourself!", here's what I wrote back:

That’s my point about your continous online allusions. If you can back up what you say, why not name names here? What’s the big deal? I don’t think people should have to resort to buying your book, just to get the “facts”.

Are you actually saying it’s ok to provide people’s details in a book rather than online? Surely you jest!

As to not using your blog to publicise your book, I find that highly contentious considering the sheer number of times you mention it on your blog, even before I started commenting. I counted nine instances alone, before I gave up. You even wrote about being pleased at how well it’s been selling. Hahaha. Come on.

I can buy your blog’s a diary, but at the same time, your “diary” touches on your Highgate-associated activities – publications and otherwise – quite a bit. If you truly wanted to separate the two, you could. But obviously, you don’t. As a result, it’s a goldmine for the scoop on your latest forays into publicity/revenue-generating off the back of the Highgate thing.

Oh, and as to wanting to get you to “debate the wild claims and speculation of certain others here”. Uh, when did I do that? I was asking you what your book is about. You know, the one you wrote. You’re the one alluding to other personages in it. I’m merely asking who they are.

Here's what he wrote back. I'll intersperse with it with commentary to avoiding doubling up:

“Are you actually saying it’s ok to provide people’s details in a book rather than online? Surely you jest!”.

No, I am not saying this, Anthony, YOU are, so the joke is really on yourself!

Really? Here's what he says in the same blog entry, itself: "I have indeed ‘named names’ in this book (as in many of the others). But I have only done so where evidence is available to back up what I say, in written form or otherwise." And this: "I have always made it a policy not to give people’s full names here, unless it is with their full permission and consent."

Note that when Dave talks about the book online, no names are mentioned (which I've dealt with here and here). This is a classic buy-the-book-to-find-out approach. Which'll become apparent soon enough.

I have published nobodies [sic] personal details. I have however. detailed the actions of certain people which they first put on publiic [sic] record, and detailed those – that is the difference.

Let me clarify here: by personal details, I was referring to their names. Maybe I wasn't clear enough on that point, but that's what I meant. Especially in context with what I've been saying about not naming names online, but being happy to publish them in the book.

That said, it's funny to see him perpetuating what I've just been saying. Note the lack of names, again? Here we have "certain people". Why not name them on the blog? What's the big deal?

I have plenty of new evidence in this respect now, with full permission to publish it. Part of it is all in written form from the people concerned and signed by themselves, so they could hardly object to my using it. They probably will (object) but there’s really nothing they can do about; unless, of course, they want to expose themselves as liars.

And he keeps proving my point. Yet again, we have "people", "themselves". Who are they? Where's their names? He's got the "evidence" (allegedly), so why not put his money where his mouth is and reveal their identities? It can't be a privacy issue if he's intending on using such info for further publication. I certainly wouldn't coerce him into revealing such things, otherwise.

But I do not intend to get drawn into a discussion about an edition which has not even been published yet. Us authors are pretty guarded about their material until it has actually been published.

Classic switch-and-bait tactic. If he didn't want to be drawn into a discussion on the book then why the hell did he mention it? As to being "guarded", well, I didn't tell him to reveal his intention to publish a second edition of Pact with the Devil. The only reason I know about it at all, is that he mentioned it himself.

His justification for its intended publication was "new evidence" that's come to light. Gee, already? The first edition was only published on June 23rd for crying out loud. He's also sidestepped my query over whether or not this new info will significantly boost the book's whopping 52 page length.

The 1st edition of “Pact with the Devil” has been published however. So I suggest you first order that from Amazon or Nielsens (or any good bookshop) and READ it, bufore [sic] making further speculations about it.

Very easy; just order it. And ‘no’, you are not getting a free copy even though I have your address now!

I've already dealt with this section in "Stalker Dave", but just have a few more things to add. Fer instance, it's good to see that Dave keeps singlehandedly proving my points. What I've been saying about him using the feud to generate revenue? Throwing a sales pitch at me isn't helping his case.

As to "speculations" about the book, anyone can see that I've simply been asking what and who the bloody thing's about. That's not speculation. Obviously, Dave needs to acquaint himself with a dictionary.

Also, when did I ask for a free copy? Why would I want one? There's enough stuff on the 'net to write about, without the need to line David's pockets. I've written just over 200 posts without even reading any of his books. Sure, that sounds bad, until you realise
Also, if Dave's so concerned with getting the "truth" out, then why not publish is stuff online? He could've made his latest book a pdf and uploaded it to Scribd. One of his allusions even mentions that a lot of the stuff was on the net. Why not make it more accessible by putting it back on there?
Posted by Anthony Hogg at 9:20 AM