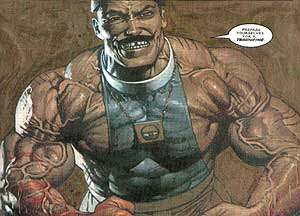 Let's get Summers out of the way, first. He was an English Catholic clergyman, although some doubt the validity of his orders. He wrote two companion tomes on the undead: The Vampire: His Kith and Kin (1928) and The Vampire in Europe (1929).

Unlike most of the non-VRS-affiliated sources incorporated into the Society's "Vampirological Testimony" page, Summers actually did believe in the existence of vampires. In his second book, he even hints at a conspiracy of sorts:

Of recent years the histories of Vampirism in England are perhaps few, but this not so much because they do not occur as rather that they are carefully hushed up and stifled (115).

By whom, he doesn't elaborate. Nor does he give further proof for his allegation. Nonetheless, he was a highly significant influence on Seán Manchester, who establishes an affinity with the late cleric:

I, like wise, began in the Church of England and converted to Roman Catholicism before entering holy orders in an autocephalous Catholic Church ~ as, of course, did Summers. We were both ordained within the context of the One Holy Catholic and Apostolic Church and, as Catholic Bishops, led self-governing and independent jurisdictions which held authority in Great Britain.

As I mentioned, the validity of Summers' orders have been questioned. So have Manchester's. But the Bishop also admits that his primary knowledge on Summers is derived from Summers, himself:

My appreciation of Summers’ work is a matter of public record. Yet I have no knowledge of his private life, or his degree of involvement in esotericism about which rumours abound. I do not question his ordinations, as have some commentators, but I am not qualified to access him beyond his published works.

Little is known about Summers' private life, because he gave away so little of it, himself. His posthumously published autobiography, The Galanty Show (1980), left out a lotta detail. This void has left open rumours (?) about his supposed involvement in the occult and possible membership in the Order of Chaeronea, "a secret society for the cultivation of a homosexual moral, ethical, cultural and spiritual ethos." David Hilliard's essay explores this angle a little further:

A fellow member of the Order of Chaeronea and a writer of Uranian verse was Alphonsus Joseph-Mary Augustus Montague Summers. As an Anglo- Catholic he was ordained a deacon in the Church of England before being received into the Roman Catholic church in 1909. Rejected from training for the Catholic priesthood (though it is probable that he subsequently received priest’s orders through a schismatical source), he became a school teacher and antiquarian scholar, an author of voluminous works on Restoration drama, the Gothic novel, witchcraft, and demonology, and an active member of the British Society for the Study of Sex Psychology (16).

One of the sources for these charges is Brocard Sewell (1912-2000), one of Summers' biographers. It'd be surprising if Manchester wasn't aware of this stuff. Especially considering that he and Sewell, at one point, shared correspondence:

It has been assumed that Father Brocard Sewell and I were well acquainted. This is not the case, however; though a robust correspondence between us was occasionally entered upon; one might even say erupted. The topic of Montague Summers and, indeed, vampires was never too distant.

Of course, Sewell's coverage of this hidden angle of Summers' life is omitted from VRS coverage of the late biographer. All the same, the Bishop self-appointedly anoints himself as the heir of Summers' legacy: "Bishop Montague Summers died of a heart attack in 1948 and his mantle awaited the arrival of another." And just in case it's not clear who "another" is, the VRS elaborates:

Montague Summers died of a heart attack in 1948 and his mantle awaited the arrival in London of Seán Manchester who would there establish himself as the other celebrated vampirologist of the twentieth century.

The VRS's page on Devendra P. Varma (1923-1994) claims that Manchester had to assumed this "mantle" after the death of their Honorary Vice-President: "His text The Gothic Flame was his way of picking up the torch from Montague Summers, before the flame passed to Seán Manchester in October 1994."

We're presented with yet another spiritual lineage, bordering on reincarnation, at this point, when the VRS's Montague Summers page even claims that Manchester holds a Church position previously occupied by Summers:

Summers entered the Old Catholic priesthood in 1913 and, towards the end of his life, was elevated to the episcopate by Hugh George de Willmott Newman, Archbishop of Glastonbury ~ an office and See currently held by Seán Manchester.

A strange assertion, indeed, in light of Manchester not questioning Summers' "ordinations" and not knowing him "beyond his published works". The Database of Autocephalous Bishops also notes that Summers' ordination has "been disputed". More on autocephaly here.

Lastly, a brief word on Summers' connection to another VRS affiliate. Peter Underwood, (b. 1923) their Life-Member and Associate, recounts an interesting tale in The Vampire’s Bedside Companion: The Amazing World of Vampires in Fact and Fiction (London: Leslie Frewin, 1975), pp. 69-74. He claims that Summers bestowed him with an anti-vampire talisman. One Summers used against an actual vampire in Southern Transylvania, 1909. Yet, strangely, there's no mention of this incident in Summers' own vampire books.

Despite Summers' ecclesiastical credentials being up in the air, did his viewpoints reflect widespread Catholic attitudes to vampires? We'll take a look in the final installment when we examine what Calmet, and other prominent Catholic writers on the subject, had to say.
Posted by Anthony Hogg at 11:20 PM