The Revelancy of Blog Comments

After covering yet another of Dave's wonky replies, I'm going to address want some statements he made about my blog's readership. We'll get the answer to a pertinent question: how important are comments to the "relevancy" of a blog? 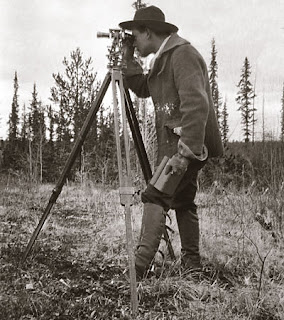 It's clear Dave has a very dismissive attitude towards my blog - especially when I criticise his claims. But why? Seems that my readership plays a big part.

In a reply to his associate, Barbara Green, he notes that "[h]ardly anyone" reads my blog. In regards to my commenting on his blog, apparently I realise "that little game is a waste of time here. So all he’s got is a one-man platform for his own opinions. For example, how many people have you seen posting there? None!"

He even sees fit to draw a parallel between myself and his feud piggybank, Sean Manchester: "Rather like the tea pot-clad one in that respect – only difference is little Anthony doesn’t employ the use of aliases to hide behind." The "tea pot-clad" reference is an allusion to Manchester's biretta. It's a recurring theme in David's online writings.

Anyway, back to the topic. I accept that my readership isn't exactly setting the world alight. I'm cool with that. As I've said before, this blog's a bit of a "sideline hobby" of mine. I don't need to validate its existence with a swathe of commentators. Hell, until recently, I didn't think many people were reading it at all. So, naturally, the comment ratio was gonna be low. Really low. I've even cautioned people about reading it, in the first place. My writings are free; I'm not selling anything. So, what's the significance of infrequent comments on my blog?

Let's contrast, shall we? Since Dave made such a big deal about it, we'll take a look at the comment activity on his blog. I can only focus on the ones that were published, though. You won't be able to see my unmoderated comments, without reading my blog. The key here is accessibility. Now, because July's still under way, I wanted an established timeframe. A season'll do it, for broad representation. I chose the autumnal (or Spring for readers in the northern hemisphere) months of March, April and May. I'll link to the posts in question, tell you how many comments they got (as of this writing) and the names of their posters. Let's begin.

We have a grand total of 79 comments for that three month duration. Pretty impressive, eh? That is, until we start breaking down the amount of "responses" per commenter:
And the most frequent commenter on David's blog is (drumrolls)...
During that three month period, there were a whopping eleven commentators on his blog (including Dave). Out of that eleven (including Dave), five of them posted more than once. What a massive groundswell of support after more than 40 years in the biz!

But, it gets better. You see, Dave's already been in contact with the remaining 10 outside of his blog. Clarmonde, for example, is someone he "met" on the Arcadia forum. He's also the patron of Barbara's Yorkshire Robin Hood Society. John Baldry's Cat assisted Cecil Lamont-Dwiggins in profiteering off the feud between Farrant and Manchester through his blog, The Cat's Miaow. "Cecil", incidentally, is responsible for a satirical comic published through, yep, you guessed it: David's British Psychic and Occult Society. Guess who its main target is? 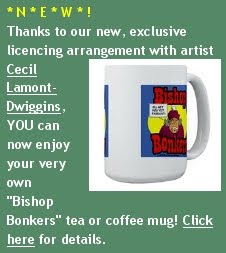 You get the drift. So, what does Dave's snide remarks about my blog's readership and the lack of frequent comments, amount to? Bugger-all, obviously. As this survey attested, his verified readership (by virtue of their comments) is restricted to a fairly small group of people. Sympathisers, no less. No real objectivity or criticism on display. Meanwhile, my blog gets readership from both sides of the fence.

Oh, Dave's grossly mistaken in about no one posting on my blog. Check out the comments here, for instance. The difference is, the comments I get are generally of a less savoury nature. But, at least I don't selectively restrict views to associates and "fans". In that regard, I ironically uphold the ethos of his Highgate Vampire Society better than he does:

After all, the case of the so-called Highgate phenomenon is not really a private issue or one that can be affected by personal views or interpretations. It is a matter of public record and should thus be open to continued input and debate, and not one that should not be allowed to become clouded or influenced by any who have no knowledge of events (which they certainly do not ‘own’) as these actually occurred or happened. There are many such persons around (including sensationalistic authors and members of the Press) but their stories should really be shared in total, and not be allowed to become ‘dictorial’ in the sense that these necessarily represent the public view of things.