David's finally come clean about the identity of person who forwarded my home address to him. Unfortunately, he also resorts to his usual rhetoric and deceptive tactics. 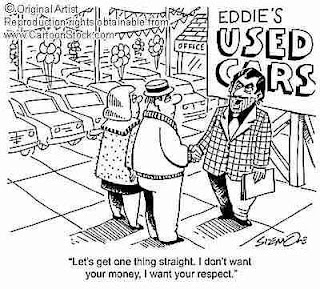 His response to my previous query evinces more of the same-old, same-old nonsense. Once again, issues I didn't raise are hoisted up from the depths of his own imagination. I'll be dissecting his comment with interspersions of my own:

Anthony, give it a rest.

If I don’t choose to discuss the contents of the book here, that remains my privilege – not yours.
I have already told you, this Blog serves as a diary of events, and I do not use it to advertise my books.

But as I am well known for my books (mostly on the paranormal) and writing books forms a large part of my life, I am quite entitled to mention titles here as or when I may be working on them. But I do not advertise them here (although I would be quite entitled to do that as well if chose to).

Which he obviously has been. On several occasions.

I have already invited you to go right back 3 years ago (this month) and show us where I have given any price details, and any address for any payments to be sent. You would have been unable to do so – simply because there are none. So you really destroy your own argument.

David's obviously unfamiliar with the concept of advertising (or is he?). It's not always as obvious as telling price details. Wikipedia defines advertising as "a form of communication intended to persuade an audience (viewers, readers or listeners) to purchase or take some action upon products, ideals, or services." Thus, telling someone to repeatedly buy a book would kinda fit that mould, don't you think.

I have made it quite clear, that, as an on-going Diary of current events, I do not wish to discuss 40 year-old feuds or arguments here. You are the one who seems obsessed with doing this.

A pretty odd claim, considering that I wasn't raising "40 year-old feuds" on his thread. Keep in mind that I was asking him for info on his latest publication. Even odder, when he alludes to the book's contents: "Enough nonsense has already been spread around about the whole subject of ‘vampires’, witchcraft and the occult, and my only intention (in writing the book) was to enable people to judge the facts for themselves."

I have already had to remove you from my two Facebook groups, Friends of David Farrant and The Highgate Vampire Society for doing exactly the same sort of thing. I also removed you as a Friend on Facebook for trying to introduce the ‘feud issue’ there – and this was not without ample requests and warnings.

The "same sort of thing", of course, being "40 year-old feuds". As I've established, that's a load of baloney. What I was actually raising on his Facebook groups, were glaring contradictions in his contemporary accounts, compared to the revised versions he presents to do. Oh, and noting that for a guy who doesn't like public discussions on the Highgate Vampire, he sure can't stop talking about it to the media. You can read about my Facebook contributions here, here and here.

I am also telling you for the last time here . . . now. I will not allow any further of your personal posts which are attempting to introduce the ‘feud’ issue or people who were – or still are – involved in that. So don’t waste your time writing them, as they simply will not be published.

Yes, as we can see, Captain Free Speech is waving around the banhammer again. Funny thing is, he probably would have been better off not publishing my comments at all. I mean, telling people that my comments will be refused for such reasons, even though they can read the bloody thread themselves is either a massive oversight or shows how little respect he actually has for his readers' basic level of comprehension.

“And don’t forget that you threw that stalker curveball into the mix, too. As if publicly mentioning that you had my home address (yet refusing to divulge who gave it to you) was somehow relevant to asking what your book’s about. As usual, you’re the pot calling the kettle black”.

I am not calling you anything; I have only been trying to answer spurious allegations being ‘thrown in’ by yourself.
I told you, that just because I have your address, does not mean I have been ‘stalking you’.

Let me give you this scenario, dear readers: you're commenting away on a blog, just trying to ask about its author's new book. He dodges basic questions about its content and all of a sudden, he throws a curveball at you. Like this: "And ‘no’, you are not getting a free copy even though I have your address now!" Apart from "WTF?!", what'd be your first reaction? Yeah, I thought so.

Nobody I know seems the least bit interested in yourself but just view you as an ‘obsessed scandal-seeker’: one you seeks to invent ‘scandal’ when in fact none really exists.

Nobody's interested? Funny, that's not what my Feedjit says. Also, I haven't noticed his readers (at least, on his blog), say anything of the sort. As to seeking scandal, you should see what happened when I tried to ask Barbara Green, one of his associates, for her e-mail addy. Basic query, right? Well, it's not how she responded.

It was yourself you brought the ‘stalking element’ into all this when you publicly admitted on Arcadia that somebody calling themselves “George” had sent your private details together with a photograph of yourself in PM’s there.

Now we're warming up to the big reveal. Just to keep you up to scratch, I was being stalked on Arcadia by a member known simply as..."George". He sent a personal address and photo to me in my inbox there. I duly reported him to the mods, who took swift action against him. However, you'll soon see the lighter side of this episode.

But what disturbs me most about Dave's reply is the you-brought-this-on-yourself mentality. No condemnation of the actual stalker, himself. No, it's all my fault. Thus, Dave once again condones Internet stalking by this principle. I deserved it, apparently. Yeah, what does that sound like?

YOU were the person who chose to make this public.
But I would agree, that really does constitute stalking.
Yet it was not myself who did this, and I believe I told you whom I was sure that this was. That is really your problem, but please stop trying to confuse this issue with your references to myself and ‘stalking’ here.

If he's referring to him telling me who stalked me on Arcadia, sure, maybe he dropped a few allusions. But we need names people! Not innuendo! And besides, what does that have to do with Dave having my address and then publicly announcing that he had it? The onus shifts a lil there, methinks.

This same person also gave you my address Anthony, so it doesn’t take too much intelligence to work out who it was.
Now, for the last time . . . BEHAVE YOURSELF!

And there's the great reveal: George. That prick. There's two funny things here, which I should mention. Firstly, it's blatantly obvious that George was a VRS lackey. It just shows how desperate they've gotten to discredit me, and intimidate me away me from my writings, that they've now resorted to sharing my personal info with their archnemesis. How pathetic.

Or is it my info? That personal address and photo I mentioned George sending me? Yeah, I feel sorry for whoever the actual guy is. Cos, guess what? It's not me. They obviously thought it was, though. That means the VRS has been distributing the details of some random dude to, well, who knows who else. Anyone who'll listen to their crap, I guess. Worst. Stalkers. Ever.

It was good to get 'em suspended off Arcadia. There's no excuse for that kind of behaviour. I mean, honestly. Tracking down randoms? They're that insecure with what I write that they gotta try and hunt me down? Maybe if they were a little less dodgy, I'd have a whole lot less material for my blog. How's that for a new strategy?
Posted by Anthony Hogg at 4:54 PM