One aspect that interests me most about the Highgate Vampire Case is whether or not people actually believe in the events described by its main participants. Especially considering how galvanising it can be. 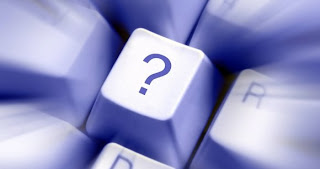 That's why I set up the polls. I've also utilised my membership to The Supernatural World to open up new topic concerning whether or not people actually believe in the events described. To participate, you'll have to register with the forum, first. But at least it's free.

Over the years, I've noticed that Sean and Dave's respective "sympathisers" are more than willing to attack opponents, but rarely dissect the supernatural angle of the Case itself, or even profess belief in it. As a result, we're left with little more than a clash between cults of personality.

It's quite ironic, considering that their raison d'être revolves around supernatural claims. Without these claims, there'd be no contemporary news coverage. No books to sell. No TV appearances. No radio interviews. Nothing.

And sure, I admit that I dissect the credibility of the main players and such, meself. But I at least spread it out across the board, rather than confine it to one person/side. Not doing so means impartiality goes out the window. It certainly helps disperse the notion of the you're-either-for-us-or-against-us mentality that's been all too pervasive in this thing. Also, it's in context with the theme of my blog: no credible witnesses means no case. But, even then, I leave that for the reader to decide. That's why my blog's title is a question, not an outright accusation of forgery.
Posted by Anthony Hogg at 2:10 AM