Despite Barbara's claim that I'm a "rabble rowser" [sic], even she's probably aware of my efforts in trying to get Manchester and Farrant to resolve their differences. 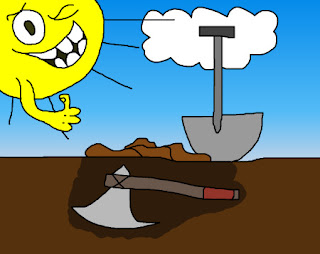 Even though David likes to pretend that the feud between his "side" and Manchester's is a one-sided affair, it's clear that it helps keep their respective careers afloat. At the very least, by "dismantling" their competition. During my usual coverage of the shenanigans these two sides engage in, a shining light emerged during "discussions" on John Baldry Cat's blog, The Cat's Miaow.

It was clear that after forty years, all the claims and counter-claims by both parties were getting pretty circular and not really going anywhere, so why not try another approach: reconciliation. The following is a chronicle of my attempts to get the two to meet up.

So, if I'm a mere "rabble rowser", then I've at least had a crack at building a bridge between the two sides. Can Barbara claim the same thing?
Posted by Anthony Hogg at 7:15 PM